Many musical instruments of antiquity originate from neighboring cultures (the region of Asia Minor, the Middle East and the Mediterranean). In Greece, however, special tools were developed that, as a result of development, acquired a classic look and became the basis for creating new modern types of tools.

Studying the musical instruments of Ancient Greece, they can be divided into three main categories: string, wind and percussion. 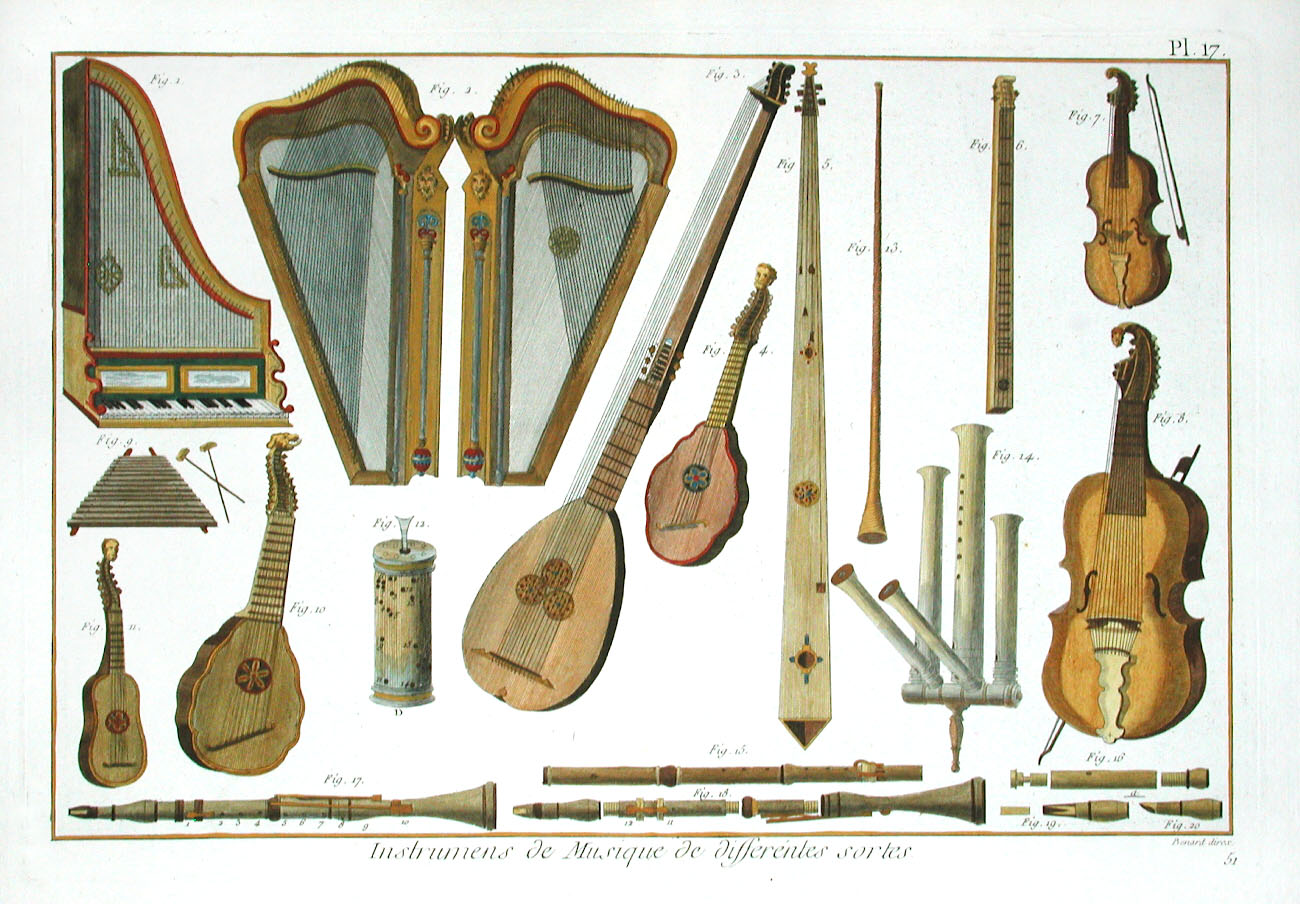 There were three categories:

All stringed instruments were plucked, played on them, pinching strings. Stringed with a bow not found at all.

Lyre guitars were the most popular instruments along with others. Their origin goes back to Mesopotamia. The first evidence of the lyre occurs in the palace of Pylos in Crete (1400 BC). Lear was identified with Apollo. According to mythology, Hermes invented it. When Apollo discovered that Hermes had stolen his bulls, he began to pursue him. Hermes, running away from the pursuit, trying to hide, accidentally stepped on the tortoise shell. Noticing that the shell strengthens the sound, he made the first lyre and gave it to Apollo, thus diminishing his anger.

The principle of the structure of the first lyre. On the resonator of the shell of a tortoise or a tree two thin racks (hands) were fixed. Vertically to the slats on the upper part there was a cross bar. Strings of equal length were made from dried and twisted guts, tendons or flax. They fastened at the point of the chord on the resonator, passing through a small crest, on the upper side they were twisted on the bar along the key (peg) system, which facilitated their adjustment. The string was initially three, later there were four, five, seven, and in the period of “new music” their number reached twelve. On lyres played with a right hand or a plectrum made of horn, wood, bone or metal. The left hand helped, playing on separate strings, pressing them down, reducing the pitch of the sound. The strings had specific names that coincided with the names of the notes.

Less commonly, other wind instruments were used, such as pipes, shells and “hydraulic”.

Flutes (pipes) or flutes were the most popular tools in ancient Greece. They appeared in the 3 millennium BC. E. (Cycladic figurine). Their origin probably belongs to Asia Minor and to the territory of Greece they came through Thrace.

One of the legends says that the flute was invented by Athena, who, seeing her distorted reflection in the water while playing it, threw her away to Phrygia. There she was found by Marcia, who became a very good performer, and subsequently he invited Apollo to the competition. Apollo won and, as punishment, he hung up Marcia and ripped off his skin. (This legend can be interpreted as the struggle of national art against foreign penetration).

The wide use of the flute began after the eighth century, when gradually it began to occupy an important place in Greek music, and, in particular, in the cult of Dionysus. The flute is a trumpet made of reed, wood, bone or metal with holes that open and close with the fingers, and a mouthpiece with a reed tongue – one or double (like a modern zurna). The flutist played almost always on two flutes simultaneously and tied them for convenience with a leather strap to his face, the so-called halter.

This term the ancient Greeks called a multi-leaning pipe or Pan’s pipe. This is a subject of 13-18 leaflets closed on one side and connected with each other by wax and flax with vertical supports. They played it by blowing each leaf at an angle. It was a shepherd’s tool and therefore it was associated with the name of the god Pan. In his book Republic, Plato urged citizens to play only on lyres, guitars and shepherds’ spears, refusing “multi-sound” flutes and multi-string instruments, considering them vulgar.

The copper pipe was known in Mesopotamia and among the Etruscans. Through the pipes proclaimed the war, they were used during the contests in chariots and people’s gatherings. It is a tool of late antiquity. In addition to copper pipes, shells were used, with a small hole in the base and horns.

A wooden object in the form of a trapezoid or a rhombus tied with a rope and releasing a demonic noise as it rotates. Used during the initiation rites, as well as in the war to intimidate the enemies.

They are similar in use to modern castanets. They were two pairs of 10-15 cm long wooden blocks, which the performer held one by one in each hand and beat them against each other.

He looked like a big tambourine (dairo), that is, a wooden hoop with stretched skin on one or both sides. We played on it, as it is today, hitting our hands in the center, and with our fingers – at the edges. (The drums were played exclusively by women, and it was considered a disgrace for a man to play on it.)

Many musical instruments of antiquity originate from neighboring cultures (the region of Asia Minor, the Middle East and the Mediterranean). In Greece, however, special tools were developed that, as a result of development, acquired a classic look and became the basis for creating new modern types of tools.